This is link to the LodiNews.com article 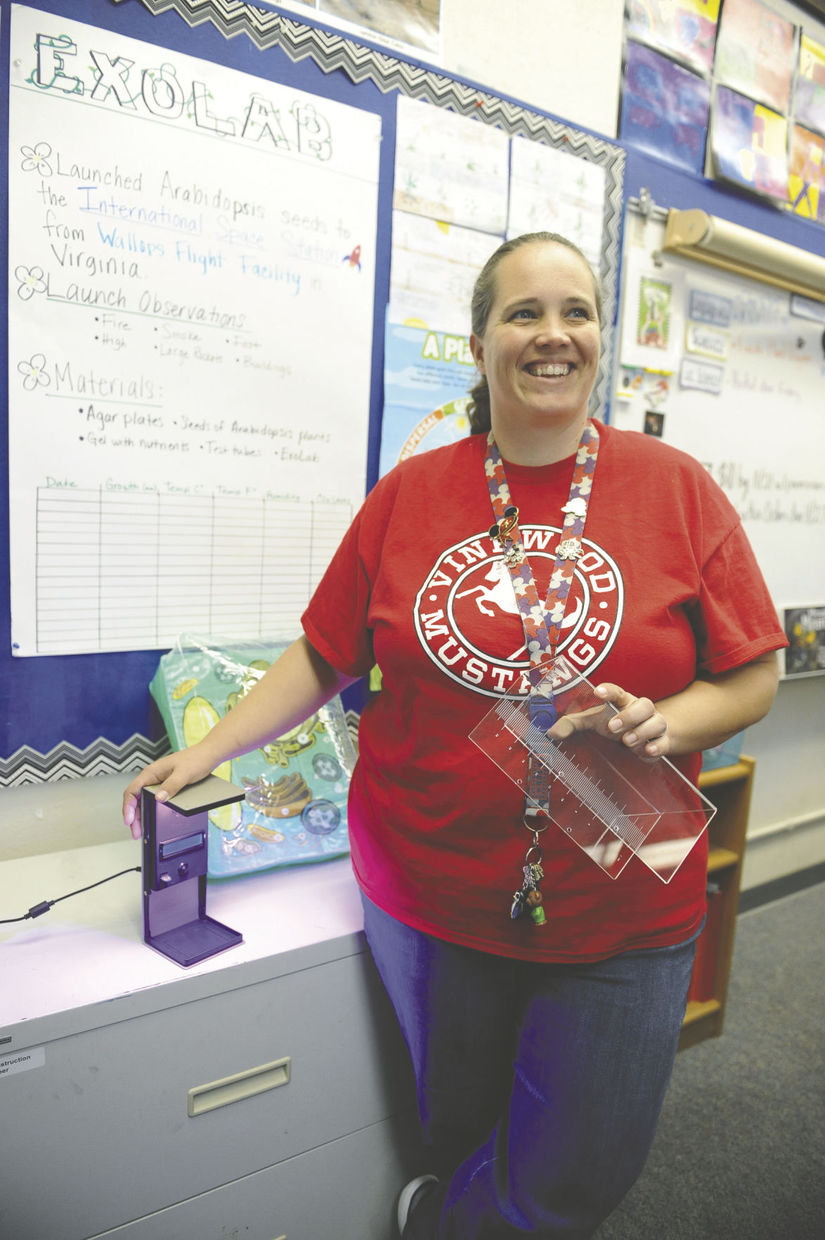 Students from Lodi Unified School District began working with the International Space Station on an experiment known as ExoLab for the second year in a row last week, according to LUSD Science Coach Charalee Cunningham.

“What we’re hoping is that the students can study the effects of microgravity on plant growth,” Cunningham said.

The students will grow Arabidopsis thaliana, a relative of mustard plants, in self-contained, climate controlled boxes in their classroom provided by Magnitude.io. Each box holds two tubes containing a seed suspended in Agar, a gelatinous substance with all of the water and nutrients needed to grow.

Teachers and students can decide which variables to change in one of the tubes, while the other tube will have the same conditions as the box onboard the ISS. The boxes also contain sensors that record data from the plants’ growth and relay it between the space station and the classrooms, according to Magnitude.io’s co-founder and CEO Ted Tagami.

“We’re calling it an ‘Internet of plants.’ The primary investigation is ‘What does life do without gravity?’ We chose the Arabidopsis because it grows quickly, self-pollinates and its genome has been fully mapped. It’s a great place to start for middle school and high school students,” Tagami said.

Cyndi Reichert’s combination fourth- and fifth-grade class at Ellerth E. Larson Elementary School in Lodi completed an online introduction course on Friday before installing the plants, which were stored in a refrigerator to prevent premature sprouting. Throughout the school year, the box’s sensors will measure the temperature, humidity, and carbon dioxide levels and take pictures approximately every hour while the students track the ISS’s position above the Earth on their classroom monitor. Reichert finds the experiment especially exciting as this is her first year participating.

“It’s amazing, I think it’s so cool that the school district is giving us all this stuff to plant things in space. The kids love it, they’re so excited. They’re starting to ask all kinds of questions about space, plants, gravity and so on,” Reichert said.

Nicole Dickinson’s sixth-grade class at Vinewood Elementary School in Lodi received its plants on Thursday, and plan to install them on Monday. This is Dickinson’s second year participating in the ExoLab experiment, she explained, and she hopes that the results will be better than last year’s.

“Last year, our plants didn’t grow, and the plants on the space station didn’t, either, but we learned a lot. Part of being a scientist is learning from your mistakes, so I hope it grows this year,” Dickinson said.

Dickinson’s students decided to alter the intensity of the light for their plant, using a weaker light than the space station. The students share their teacher’s excitement, she said, with some beginning to ask questions about life onboard the space station and one student pointing out when it was directly above their school on Friday.

“It’s exciting to be a part of something that most kids would never have had the opportunity to do. I wish I had the chance to do something like this when I was younger,” Dickinson said.

While Samantha McCoy’s seventh-grade class prepared to install their own tubes at Christa McAuliffe Middle School in Stockton on Friday, Tagami asked the students what they already knew about the ISS.

Some students knew that the 100-yard-long space station was launched in 1998, while others were surprised to learn that it travels at over 17,000 miles per hour to create microgravity and avoid falling back into Earth’s atmosphere. He also explained that an Antares Rocket was launched by Orbital ATK early last week, propelling a Cygnus spacecraft carrying approximately 7,000 pounds of supplies, including an ExoLab box, to the space station where it was grappled by Canadarm 2, according to Tagami.

Tagami also helped seventh-grader Abigail Rible install the tubes in McCoy’s classroom while a video of astronaut Peggy Whitson displayed from an earlier ISS flight in February At Tagami’s instruction, Rible removed the inner frame before the two installed the tubes on either side before reassembling the box.

One side of the box will have a magenta light run on a 16-hour period, just like the space station, while McCoy and her students will use the other tube to experiment with blue, magenta, green, red or white lights. This will be McCoy’s second year participating in ExoLab, which she and her students look forward to.

“Having the ExoLab in my classroom makes me so excited about teaching, I love sharing this with my students. I’m so grateful that I work for a district that is innovative and creates opportunities for my students that would otherwise not be brought into the classroom! We are conducting an experiment that will be linked to the International Space Station! How cool is that?” McCoy said.

Arabidopsis thaliana take approximately two months to grow, although the two that grow onboard the space station will remain there until March, as Tagami hopes to have seeds brought back to Earth to be planted by LUSD students. If all goes according to plan, he said, the students will plant the seeds from space alongside their terrestrial counterparts to study whether the difference in gravity will affect how the plants grow. This will not be Lodi Unified School District’s last space-related project, however, as Tagami also hopes to help the district launch a full-sized satellite by 2020.

“You guys are pretty lucky, there are only a handful of schools that are not universities that have built a satellite. In just a few years, you can join them. Plus, it will look pretty sweet on a resume, building a satellite,” Tagami said. 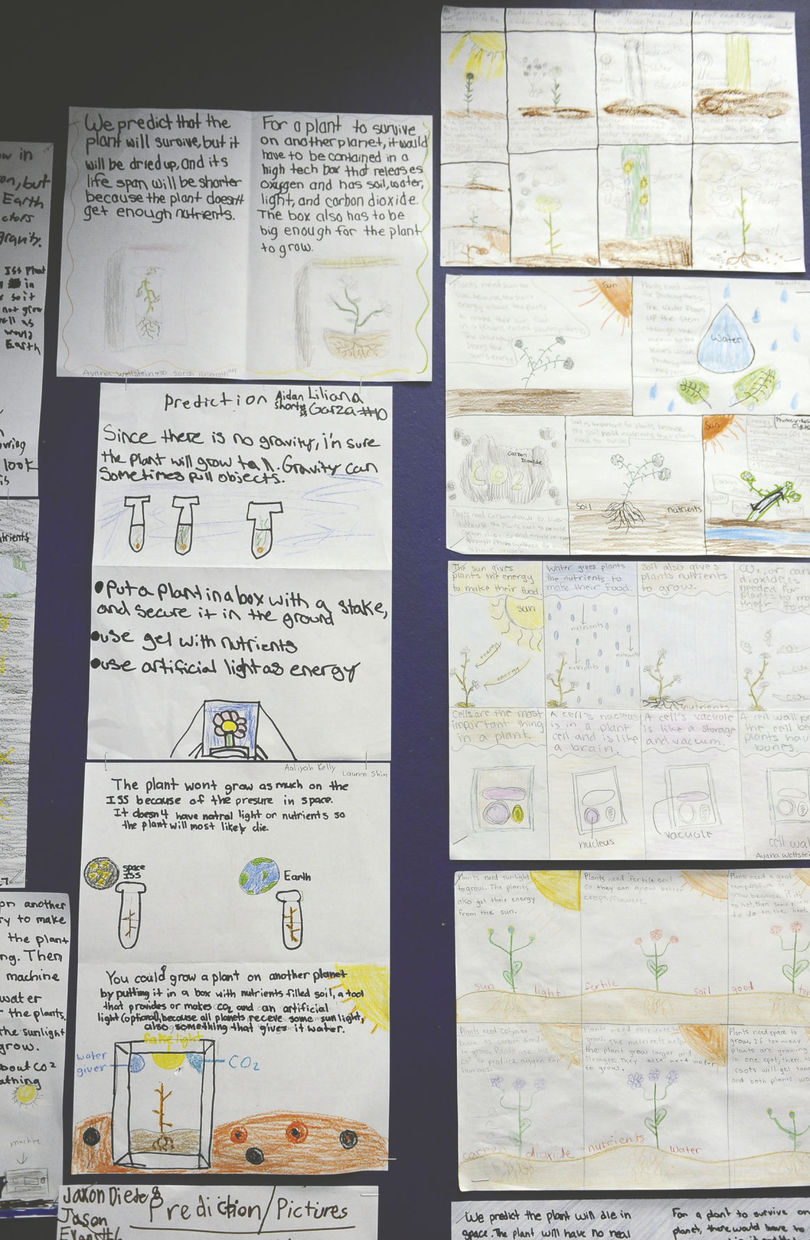